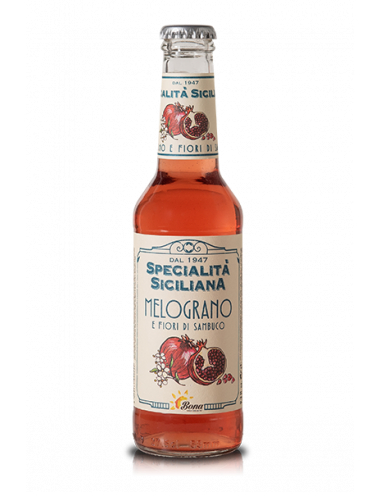 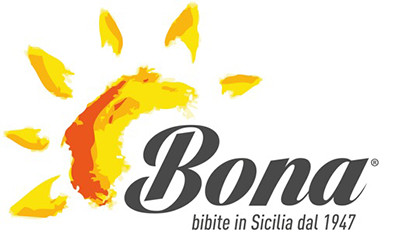 The Pomegranate and Elderflower juice from Bibite Bona is a delicious drink with multiple beneficial properties with fresh pomegranate juice and pulp and the freshness of the elderflower infusion. The product represents an excellence of the territory certified 100% Made in Italy.

It is the result of a balanced blend of juices and infusions with multiple beneficial properties. Prepared with POMEGRANATE juice and pulp and an infusion of ELDERBERRY FLOWERS, this drink has a bright coral red color and the rich presence of vitamins and antioxidants make it a true panacea for well-being. As soon as it is poured it will envelop your senses with its unmistakable scent and on the palate it will immediately be noticed with its sweet acidulous contrast and then close with a persistent freshness due to the presence of elderflower infusion. A delicious drink full of well-being to be enjoyed at any time of the day but also ideal for creating imaginative cocktails.
The product represents an excellence of the territory certified 100% Made in Italy.
Ingredients:

Fat 0 g of which saturated 0 g

The first Gassosa Bona was born in Sicily in the early 40s by Vincenzo Bona, a dynamic enterprising man and always ready to bet on new entrepreneurial activities.In a moment where the economic recovery and the desire to rebuild grew exponentially, the production of Gassosa was also extended to other products closely linked to the territory such as Aranciata, Passito Soda and Limonata, distributed first in the local and provincial areas, and immediately afterwards in the rest of the Sicilian provinces. Consolidated the market year after year, in 1947, SBEG Bona - Sicilian Bevande Gassate was born - a company that quickly established itself as a leading company on the Sicilian market including islands, in the production of Soft Drinks.

Today SBEG Bona operates with a high quality standard, monitoring all the procurement phases of raw materials and production processes thus guaranteeing absolute quality and wholesomeness of its Sicilian beverages over time.