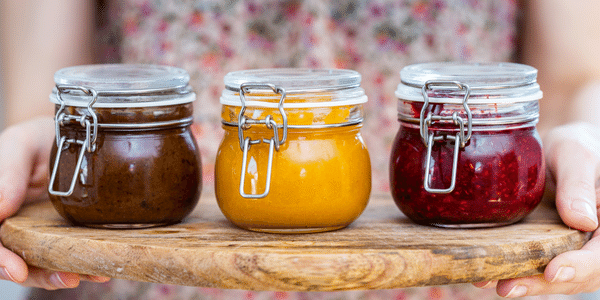 The jam has very ancient origins. It seems that one of the first hints is found in the Roman cookbook attributed to Apicius, dating back to the IV-V century.

According to some sources, the Greeks already used to boil apples with honey to thicken the sugars and obtain a preserve.

In ancient Rome, fruit was instead immersed in a mixture of cooked wine or honey to obtain sweeteners to be preserved.

According to various sources, it was in the Middle Ages that we approached a jam very similar to that of today.

Thanks to the considerable imports of cane sugar, the jam spread in Europe and with it the term 'confiture' was born, which derives from the verb 'confection', which indicated conservation products. The term jam instead comes from the Portuguese “marmelada”, meaning “jam jam”, which stands for quince.

Jam and jam today are not synonymous. The term jam indicates a citrus-based product, such as lemon or orange; while with jam we mean any type of fruit or vegetable. 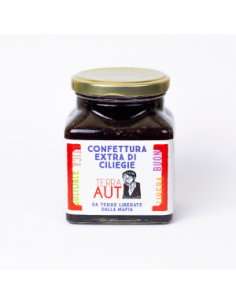 Jams and Fruit in Jars

Cooperativa Sociale AlterEco
€4.50
Altereco's extra cherry jam is made with cherries “freed” by the mafia, grown on the confiscated land of Terra Aut. The product represents an excellence of the territory certified 100% Made in Italy 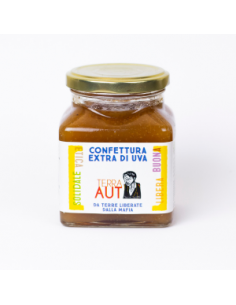 Jams and Fruit in Jars

Cooperativa Sociale AlterEco
€4.50
Altereco's Extra Grape Jam is made from 'Mafia free' grapes grown on the confiscated Terra Aut land.  The product represents an excellence of the territory certified 100% Made in Italy.
You need to login or create account