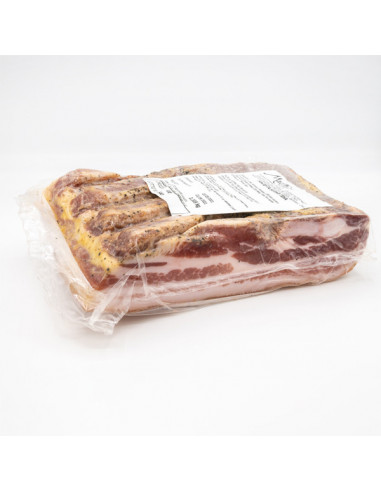 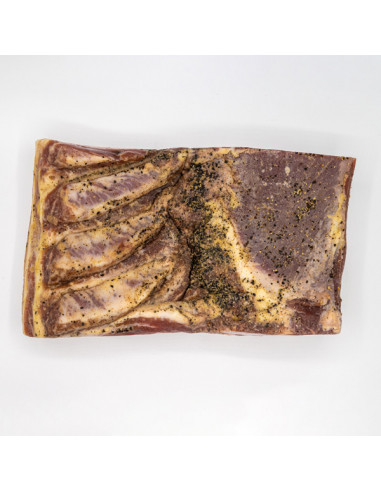 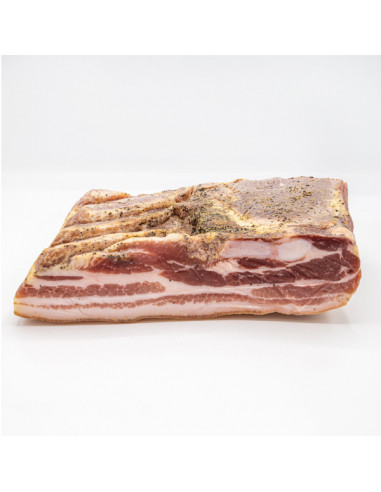 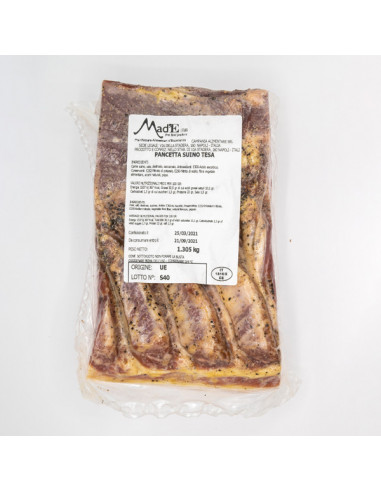 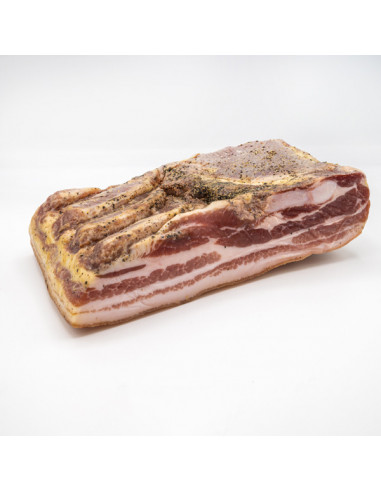 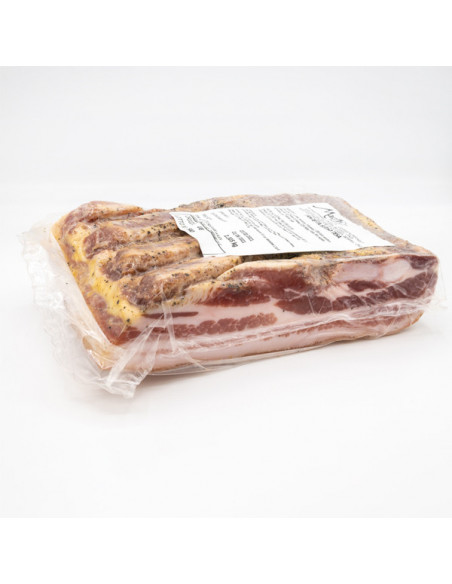 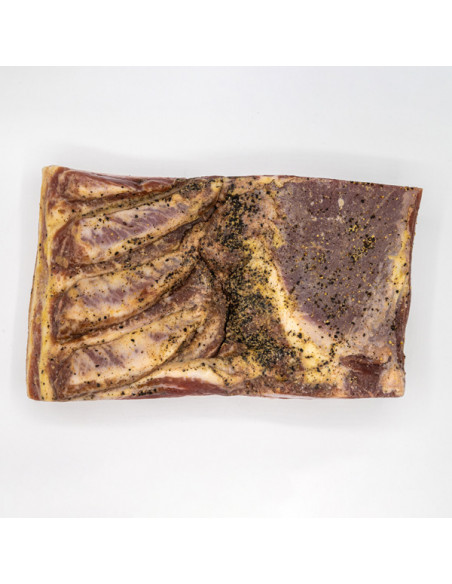 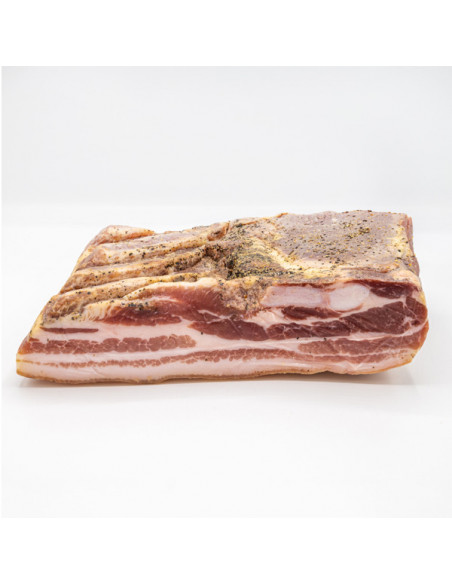 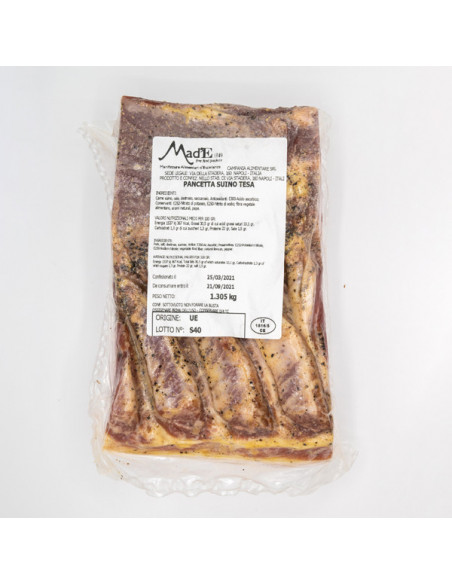 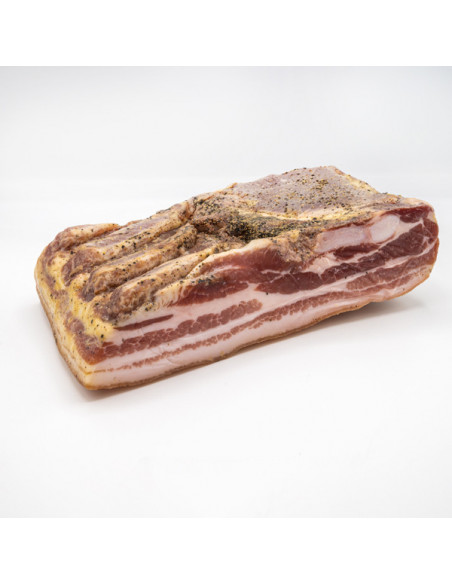 The pancetta can be stretched or rolled, tied, more or less seasoned but still tasty and 100% Made in Naples.

The pancetta, obtained from the abdominal part of the pig, is one of the oldest cured meats, already used in the imperial era by the Roman legionaries. It comes with alternating layers of fatty parts such as lard and lard, it has been considered one of the main energy resources for humans. The rolled or stretched pancetta, due to its own way of preparation, brings the fat part on the outside and the lean part on the inside so that the flavor remains soft and well balanced.

The pancetta can be stretched or rolled, tied, more or less seasoned but still tasty.

If you want to enjoy it at its best, combine it with a slice of warm bread. Its pleasant melt will envelop your palate.

Passione Campania belongs to the Scialò family which uses recipes and meat processing techniques handed down from father to son for over 150 years. Our sausages, salami and cured meats are typical traditional food products. The selection of meats is the starting point for all the preparation of our cured salamis, chosen exclusively from among the ai from the shoulder ham, thigh, coppa and loin, conveniently enervated and cleaned. The fat used must be the hard covering and bacon fat. The meats chosen in this way are carefully minced, using a die with 12/14 diameter holes, rigorously mixed with sea salt and peppercorns, possibly enriched with fennel or forte in the flavored versions. The most difficult step is the stuffing of the dough into natural or collagenic casings, depending on the diameters of the various salamis, which will be followed by the artfully and entirely hand-made binding. The slow seasoning divided into three phases: dripping, drying and seasoning give the salami maturity, aroma and taste. The great peculiarity of our products is not only how we prepare them, but also where we produce them. In fact, our production laboratory is located in the city of Naples, in the area of ​​the former municipal slaughterhouse, which gives another element of territorial exclusivity to our products which are the only products made in Naples.