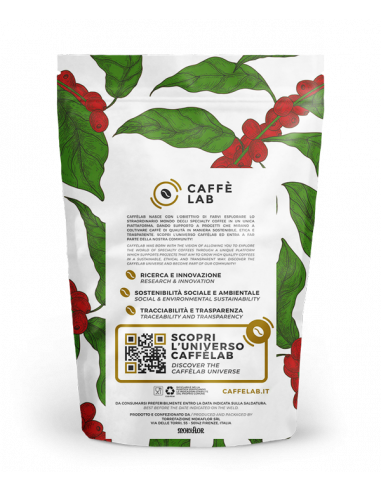 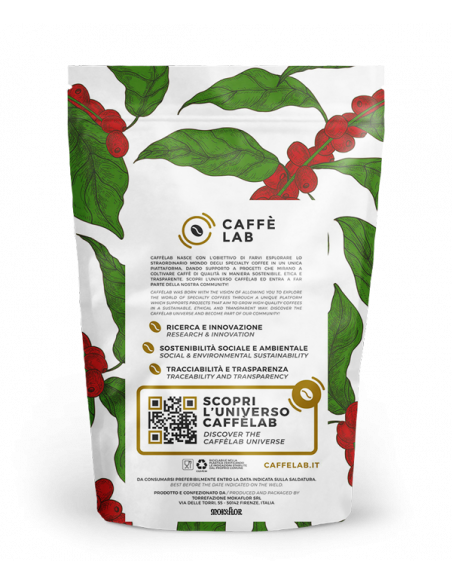 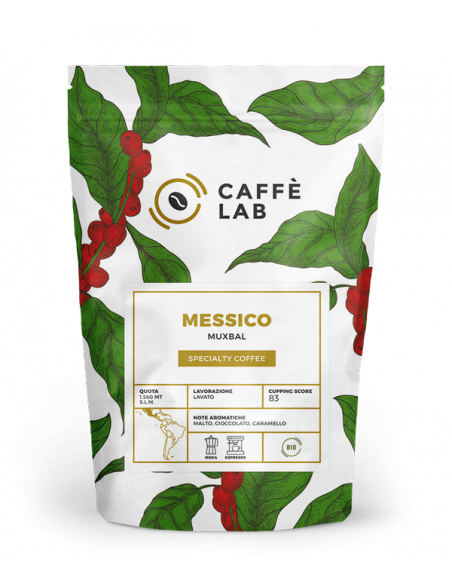 A coffee grown on the Mexican highlands with aromatic notes of malt, chocolate and caramel.

In the local dialect, Muxbal means "place surrounded by clouds". This is precisely the name chosen for this truly unique farm that stands proudly on the slopes of the active Tacana volcano.

Maeggi Rodriguez and Jorge Gallardo, mother and son, manage the farm, which was bought in 1959 by Maeggi's father. Don Enrique was a pioneer of his time who introduced three key principles within Finca Muxbal that remain as important today as they were then: social responsibility, environmental sustainability and production of the highest quality coffee.

The extraordinarily complex quality of this coffee is due to an altitude of 1,600 meters above sea level, the rich and fertile volcanic soils and the meticulous care and attention that Maeggi and Jorge take in all aspects of harvesting and processing.

This coffee is made from Bourbon, Catuai Caturra, Mundo Nuovo varieties and is processed with the washed method. It also obtained Rainforrest Alliance RFA certification.

A very balanced cup of coffee, with good sweetness, a soft body and notes of malt, chocolate and caramel. When tasted with the SCA protocol, this micro-lot scored 83 points.

The Caffèlab project was born as a collective, a group of people with different skills, different past and present but the same passion: quality coffee.

The world of coffee is changing. In recent years we have been witnessing a strong cultural evolution of coffee. Some consumers are beginning to realize that this product can be a universe of varieties and aromas and that a conscious taste can give us extraordinary sensations.

We wanted to make our blends through experimentation, because looking for quality does not mean fossilizing on a taste, but going in search of it. We have also started to use different extraction methods, because coffee is not just about espresso. Finally, we understood that roasting can totally change the taste of a coffee and that you can also experiment by roasting your own coffee, at home, at different levels, with different profiles.

This is why we have created Caffèlab: to allow you to create your own personalized coffee blend, through our configurator, making available the best single origins and professional equipment.