Among the hills of Vesuvius and the deep waters of the Gulf of Naples, the vines are planted from which one of the most famous Campania wine excellences originated, the Lacryma Christi wine.

The name of this wine, Made in Italy, is wrapped in intriguing and mysterious ancient legends.

One of the most widespread legends tells that the fallen angel, Lucifer, during his descent into hell, took away a piece of Heaven with him, unleashing a strong anger in Jesus, who as soon as he recognized the Gulf of Naples as part of Paradise. stolen, he cried copious tears from which the Lacryma Christi vineyards were born.

According to another legend based on historical sources, it is said that Bacchus "loved these hills more than the native hills of Nisa", praising not only the beauty of the area, but also the intoxicating taste of its nectar, the Lacryma Christi wine.

This excellent product guarantees enormous versatility according to the consumer's preferences, the Red ensures a strong and decisive flavor due to the Piedirosso vines, while the White provides a freshness and minerality due to the Coda di Volpe grapes, it is also said that the latter is due to the crystals released by the cooled lava that fertilize the soil giving the grapes this strong minerality.

Tenuta Le Lune Del Vesuvio
€29.00
Cratè Lacryma Christi from Tenuta Le lune del Vesuvio is a D.O.C./D.O.P. red wine produced on Vesuvius at 200/250 m above sea level. The product represents an excellence of the territory certified 100% Made in Italy. 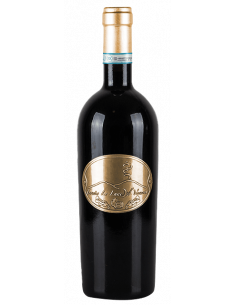 Tenuta Le Lune Del Vesuvio
€29.00
The Cratè Lacryma Christi of Tenuta Le lune del Vesuvio is a D.O.C./D.O.P. white wine produced on Vesuvius at 200/250 m above sea level. The product represents an excellence of the territory certified 100% Made in Italy. 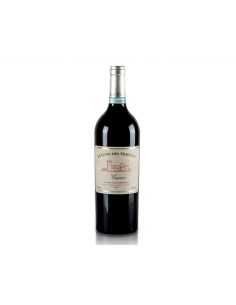 Tenuta Le Lune Del Vesuvio
€17.50
Lacryma Christi of Vesuvio Red Wine DOC "Muscari" by Tenuta le Lune del Vesuvio is produced from grapes grown within the Vesuvio National Park. The product represents an excellence of the territory certified 100% Made in Italy.
You need to login or create account